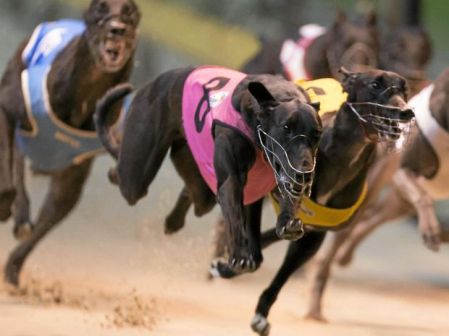 Please see below our form letter for you to edit or use as a guide for a letter to send to all Ipswich councillors and Qld MP’s.

I am writing to express my disappointment relating to the $40 Million greyhound racing track being proposed for Ipswich [1]. In just a little over a week, a petition opposing the track attracted over 30,000 signatures demonstrating the public’s opposition to this proposal [2] It is now approaching 50,000.

There are many reasons why using a vast area of land for a new track is not socially acceptable, nor sound economic policy. Indeed, there is strong evidence that investing money into racing is poor economic decision making.

Arguments made by parliamentarians that the industry is important for the economy are factually inaccurate. When considering objective indices of the economic contribution provided by the racing industry as are reported in IBIS World annual reports, the data over the past several years have shown an economic decline in the dog and horse racing industry. Of note, IBIS World is a company that provides independent and up to date research for over 500 industries including Australia’s top 2000 companies.

In its most recent 2018 report, IBIS World described the industry as being in the declining stage of its economic lifecycle – a sunset industry. “Declining racing attendance numbers and rising interest in alternative forms of entertainment and gambling have affected industry operators over the period. Additionally, ticket sales and revenue from other thoroughbred, harness and greyhound races have declined over the past five years.” [13; p. 4]. The economic problems facing the industry have been highlighted throughout the country. Indeed, in Queensland itself, in 2015, Racing Queensland faced an $11 million loss and forecast a $21 million loss in the 2015/2016 financial year [14].

Economic failings are further indicated by the substantial financial support and stimulus provided by governments to keep the industry viable. This can most strongly be seen in the three biggest industries in Australia – Victoria, NSW, and Queensland [17].

There are also very strong arguments against developing a new track based on the continued stream of revelations relating to the harm caused by the racing industry to, not only the animals but humans as well given the damage caused to families and communities by gambling [15, 16, 17, 23]. Indeed, accumulating evidence of“The Link”between abuse toward animals and aggression, and violence toward humans provides a powerful argument for not continuing to promote animal racing, including greyhound racing [18]

Given the powerful evidence including “link” evidence [3], economic failings, harms of gambling and exposure of cruelty to racing animals, it is the height of government irresponsibility that this racetrack is even being considered. It is particularly disappointing that the racetrack is being proposed given that the in the main, the public has expressed strong opposition to racing. In 2016, 82 per cent of people polled by the ABC were in favour of completely shutting down the greyhound racing industry [25]. This was poignantly demonstrated at a National Rally protesting the greyhound racing industry in 2016 when over 700 Queenslanders rallied (the strongest protest in the nation) to show their support for a ban on greyhound racing [4].

Despite promised reforms to greyhound racing across the country, animal cruelty cases continue to accumulate. In late October, the continued disappearance of greyhounds in NSW was highlighted [5]. And growing opposition to racing was intensified with the ABC’s exposure of the racehorse cruelty in late October, resulting in the smallest crowd at the Melbourne cup since 1995- a 24 year low [6, 19, 22].

Meanwhile, the cruelty revelations in a “reformed” greyhound racing industry environment continue to spill out. In November, 2019, three trainers in Victoria were caught live baiting with possums [20], and on the same day, a news report was released relating to a greyhound being deliberately starved to death by an owner in Dubbo, who had been found guilty of similar behavior to other greyhounds previously [21].

This proposed new racetrack also ignores a mountain of empirical data yielded through government commissioned enquiries held following the ABC Four Corners exposure of illegal live baiting within the greyhound racing industry. These include data from the MacSporran inquiry conducted in 2015 for Queensland [7] and the NSW Commission of Inquiry [8]. The findings yielded by the NSW inquiry were so damning that the then premier, Mike Baird declared a ban on greyhound racing [9]. Unfortunately powerful companies with vested financial interests, including NewsCorp were successful in seeing the ban overturned.

Of particular relevance to Queensland, the MacSporran inquiry found that two thirds of the dogs retired in 2014 were actually put to death. More recent statistics include the disturbing fact that the greyhound racing industry adopted out only 57 greyhounds in 2014/15, while euthanizing nearly the same number of dogs at Queensland racetracks [10].

Also of concern, following the MacSporran inquiry, Queensland Premier Annastacia Palaszczuk promised prompt and decisive action in relation to the report’s 15 recommendations. But, as documented by the ABC in November, 2018, fewer than half of the recommendations had been implemented and little has changed since then [11]. Instead, the Queensland Racing Integrity Commission (QRIC) has displayed an alarming failure of transparency. For example, figures from QRIC in the 2017-2018 financial year show that 890 greyhound puppies were born and 446 of these were euthanized following trackside injury and deemed “unfit” for rehoming, or were recorded as having been euthanized by a racing participant. It was stated in the ABC report that an estimated 7,000 puppies were unaccounted for.

Four and a half years later, the recommendation that a publicly accessed database run by QRIC to track racing greyhounds from birth to retirement and a fee paid by owners to help provide for the future welfare of the dog is yet to be actioned. Also, there is still no reliable system to track dog numbers. Based on QRIC figures, which don’t even include pups born into the industry who don’t go on to race, it appears that hundreds of dogs are killed every year. Despite this lack of advancement on the recommendations of a taxpayer funded enquiry, the Queensland government has put in a further 120 million of taxpayer dollars toward racing in Queensland. Moreover, the QRIC has confirmed that the continued use of live baiting cannot be ruled out [12].

Additional issues relate to the safety of the proposed tracks. Racing propaganda related to the new tracks at the proposed site argues that they will be the safest tracks ever built but the design is not in line with research conducted by the University of Technology Sydney (UTS). UTS provided their Phase 1 report titled “Identifying Optimal Greyhound Track Design for Greyhound Safety and Welfare’ to Greyhound Racing NSW in July 2017. Section 6 of this report details the Recommendations and Future Work. Section 6 has strongly recommended straight tracks (para 6.12) and only six dogs per race (para 6.64) as well as the employment of longer arm lures so that the lures are in the middle of the track (para 6.25). Such a design would minimize the risks of the dogs becoming injured as a consequence of crowding together (para 6.20).

Australia has one of the highest rates of gambling in the world. Gambling is a significant public health issue. Between 80,000 and 160,000 Australian adults experience significant problems from gambling. A further 250,000 to 350,000 adults experience moderate risks making them vulnerable to problem gambling [24]. Australia is also one of only eight countries in the world with a significant commercial greyhound racing industry. Instead of eliminating these harms to the community from gambling and to the dogs who die in their thousands in this industry, the Queensland government is proposing to increase them by using valuable taxpayer funds to prop up a dying, cruel and harmful industry by using valuable land to promote further harm. This is nothing short of irresponsible government and we urge you to rethink such decision-making.